by Sohail Asghar 4 years ago4 years ago
81views
0

Higher Education Commission (HEC) suspend the admissions of 4 universities in Pakistan. The Universities located in different cities across the country.

Here are the four universities that are suspended: 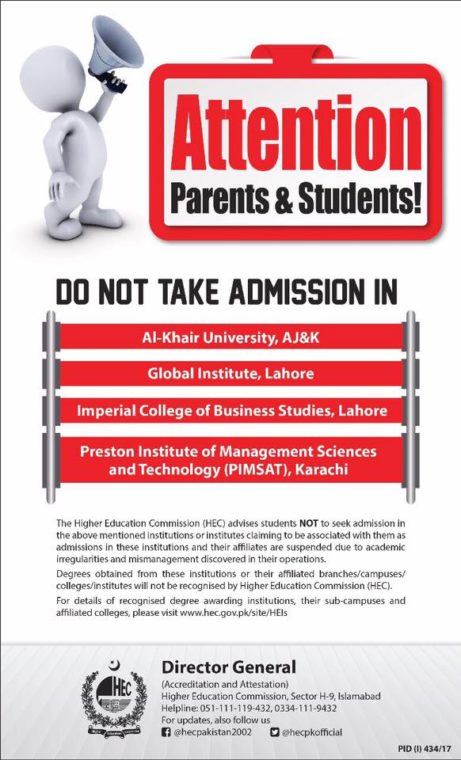 According to the notification:

The Higher Education Commission advises students not to seek admission in the above-mentioned institutions or institutes claiming to be associated with them as admissions in these institutes and their affiliates are suspended due to irregularities and mismanagement discovered in their operations.

0
Decade-long Mobile device writer. Self-professed TV Series addict; also fond of movies, books and generally everything that has to do with stories.