35 Photos That Prove Walmart Is One of the Strangest...

by Muhammad Shafiq 2 years ago2 years ago
275views
0

Walmart is great if you want to get paper towel, electronics, and cereal rather cheap, but the real riches come in the form of the people that you see there.

Long story short, there’s always a story, and half of the time you could swear you saw that story told on a recent episode of Maury Povich. That’s to say that the crowd is…interesting, and if you need any more proof, check out some of these shots from People of Walmart.

If there’s a whole website dedicated to this crowd, you know it has to be so bad it’s good. 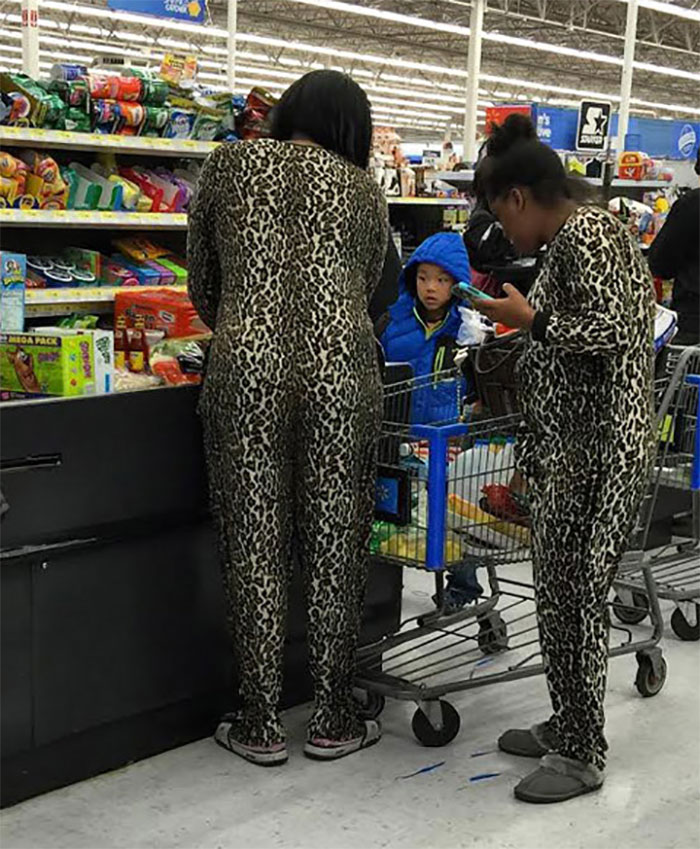 …and one leopard-print onesie for all!

Take notes for your next family shopping trip. 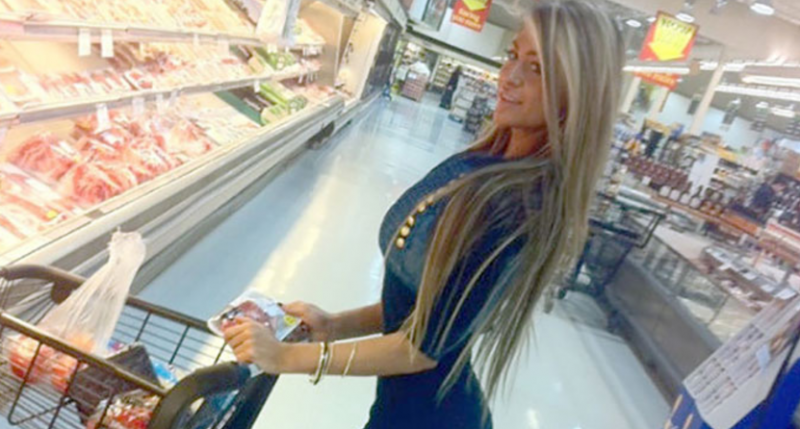 Going out to the club?

Be sure to get all fancied up and hit the local Walmart first, making sure to flash a smile (and only flash a smile) at the camera. 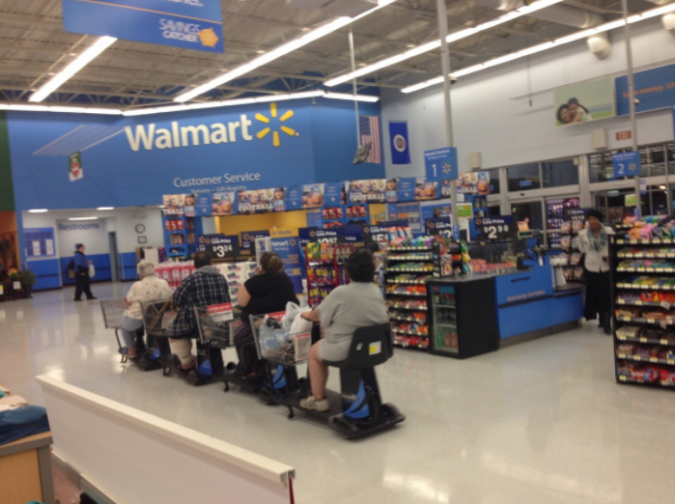 This is how it’s done, folks. 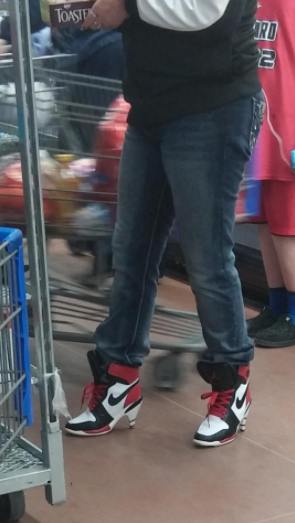 This pair of shoes defeats the purposes of both sneakers and heels!! This is the most useless shoe. How? Why? Whyyyyyy? 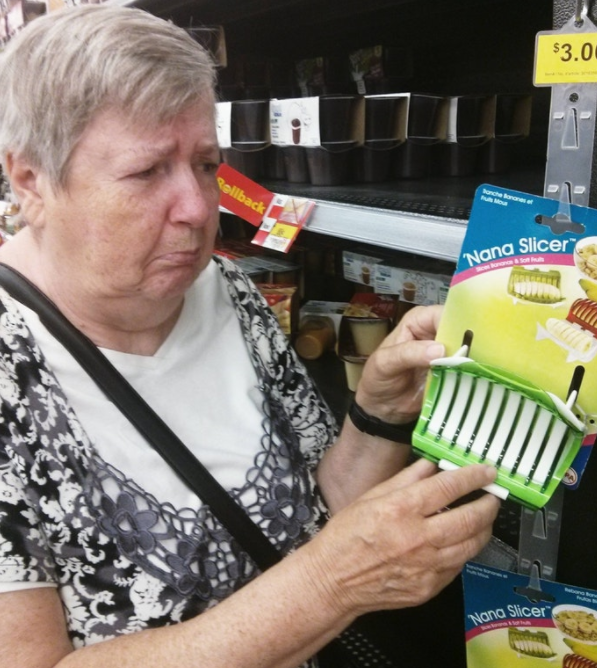 Nana was not happy about the ‘Nana Slicer.

Sure, they probably meant “Banana,” but they couldn’t use the whole word for some reason.

The next one is hilarious… 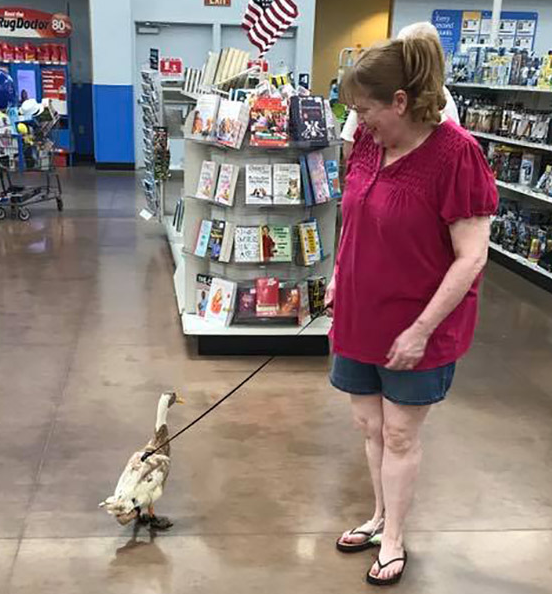 TAKE ME TO THE BREAD, WOMAN! 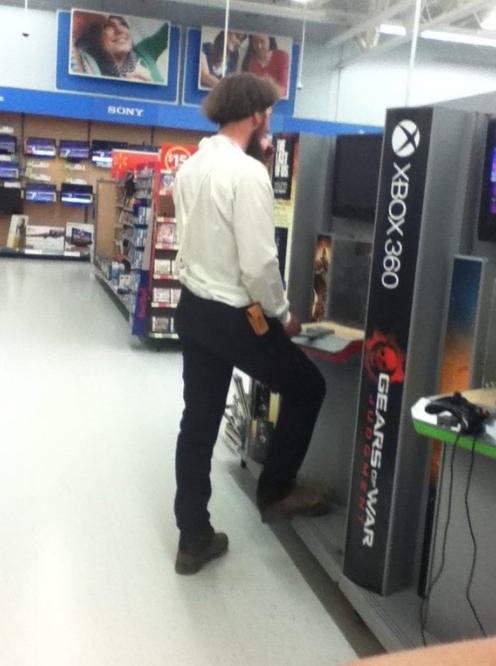 This Redditor wrote, “Just walking through Walmart when I see an Amish guy playing video games. He saw me take the picture and we both had a little laugh. 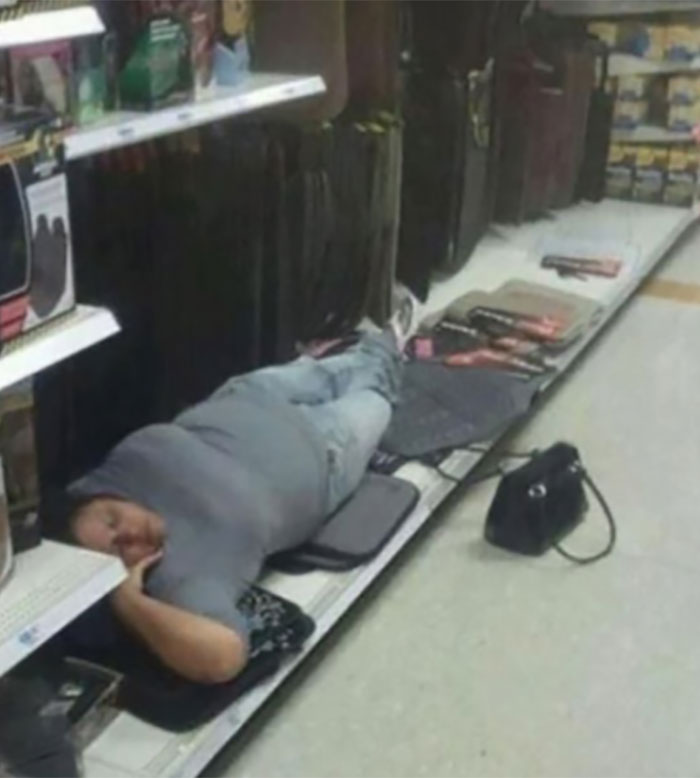 I know that shopping can be exhausting, but at least camp out in the tent aisle or finagle your way into a hammock.

USE THE RESOURCES AT YOUR DISPOSAL. 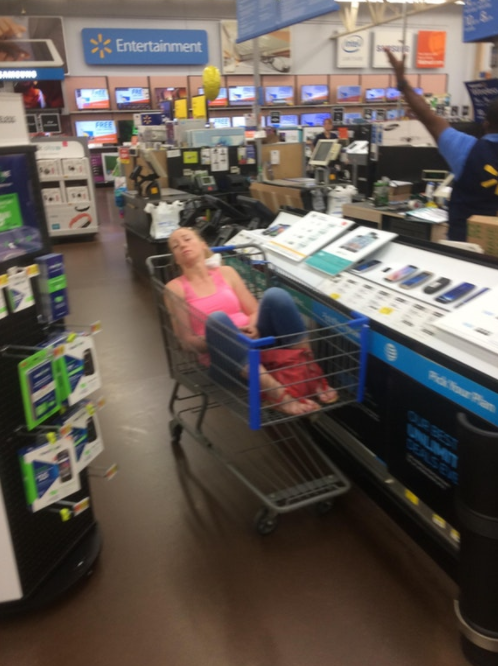 This girl gets it.

“So, I want to get Glamour Shots taken, but I don’t want to go to the mall.”

“Dude! Go to Walmart and hulk out in the cheese section!”

Not a gouda idea.

We See You Rollin’ 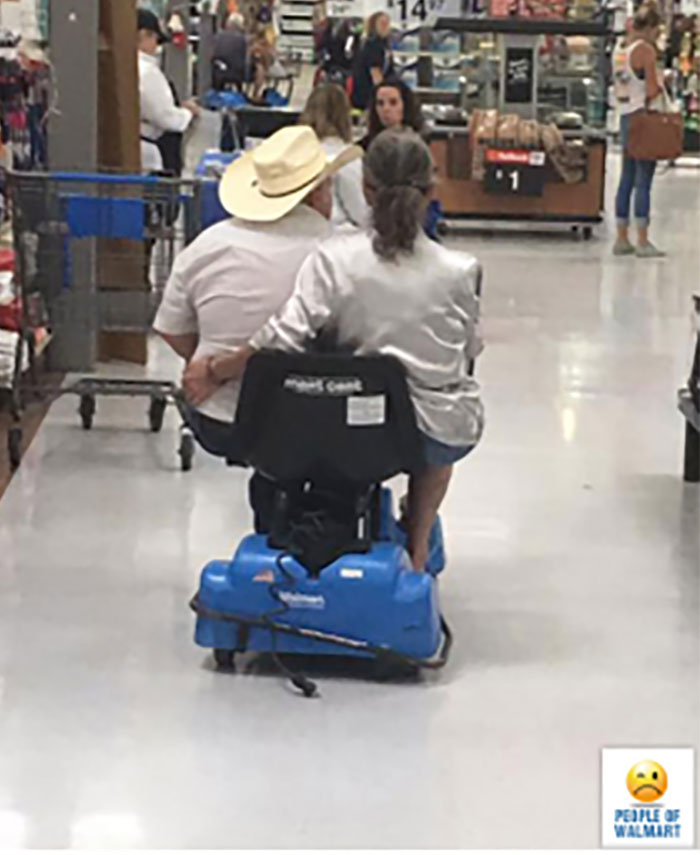 All they really need is a “Just Married” sign and some cans tied to string dangling from the back for a truly romantic moment.

Either that or he just picked her up over in aisle six. 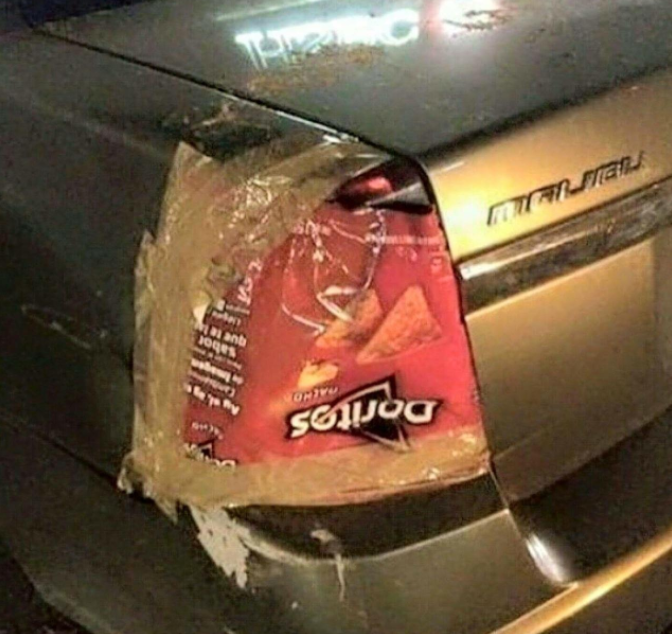 This was found in a Walmart parking lot.

What, it’s red! It works 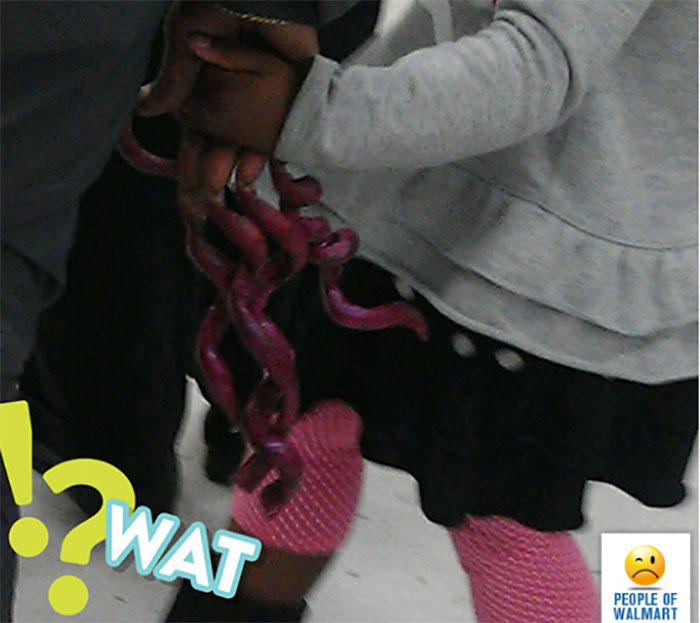 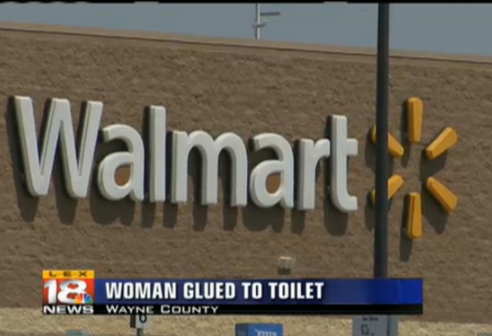 There’s no way for this to happen unless it was on purpose. That’s just the truth 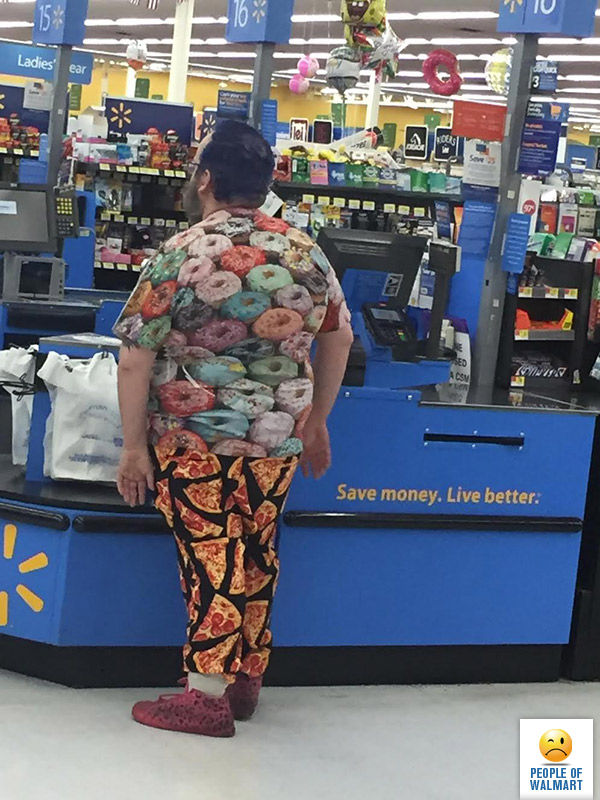 This is a man who knows what he loves and he shows that love through his clothes.

The next one is so perfect…

Without the P, It’s Harmacy 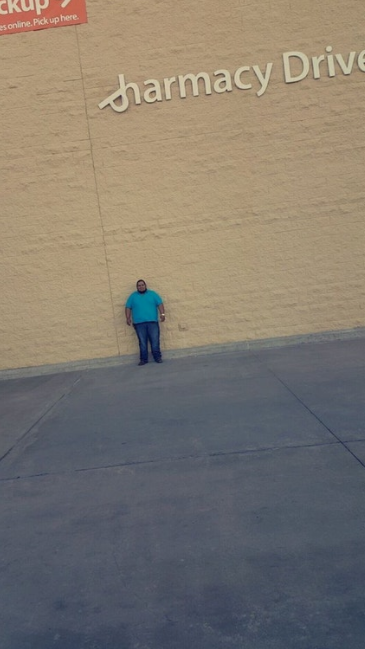 Only at Walmart do you see a guy waiting patiently for a giant P to fall on him so he can sue the store. That’s some dedication right there. 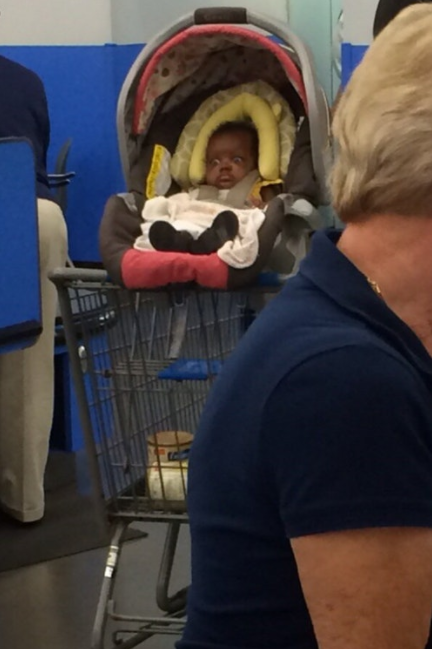 This is the appropriate face to make in reaction to everything you see at Walmart. 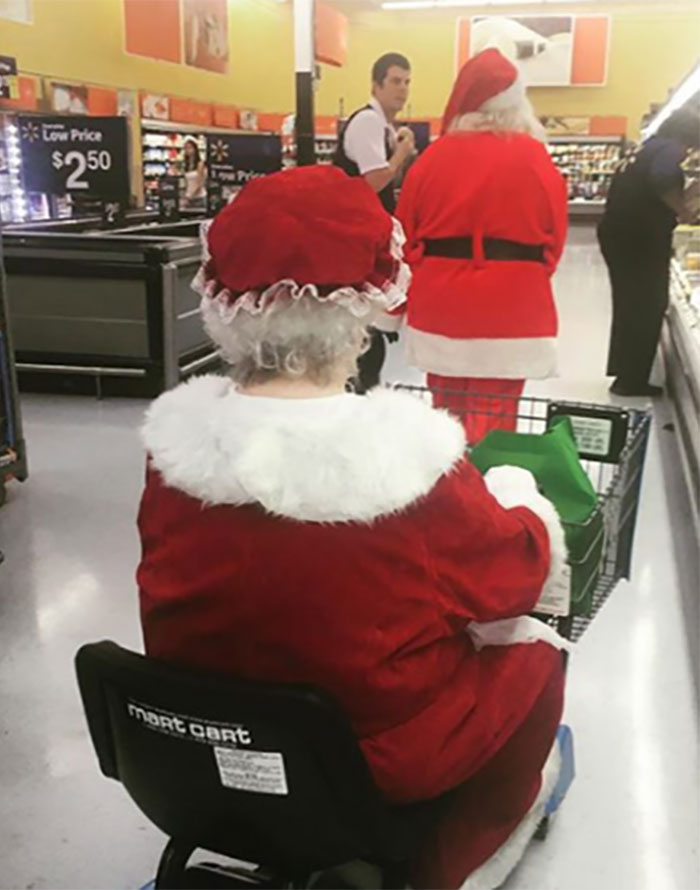 Nothing to see here. 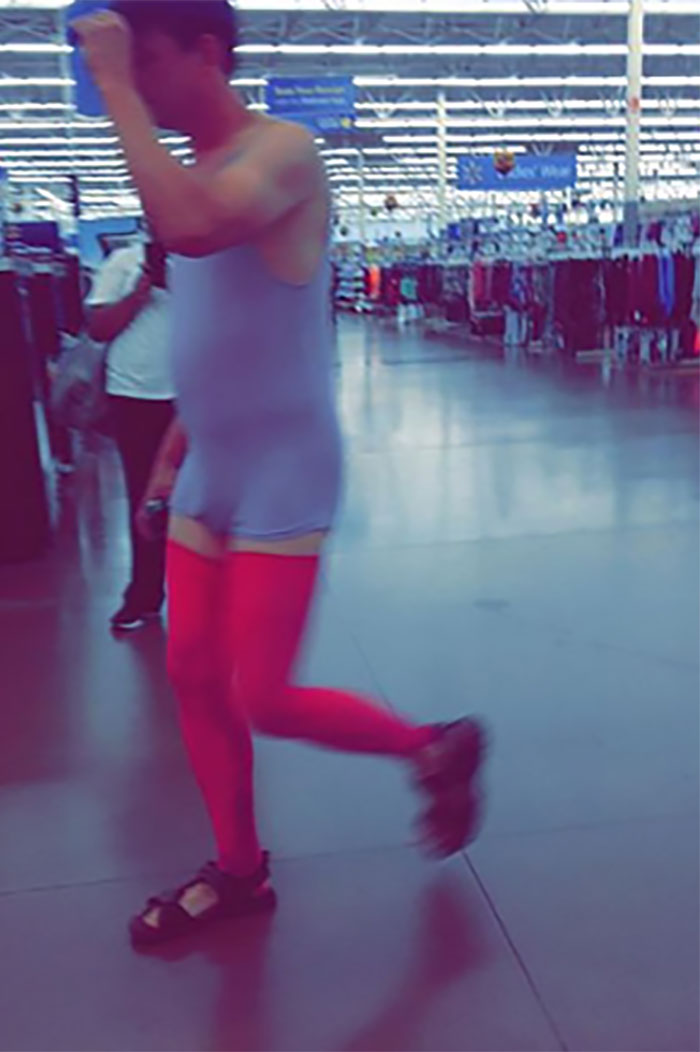 Welcome to Walmart Fashion Week, where here we have bright fuchsia leg warmers and sandals paired with a unitard!

If the Shoe Fits 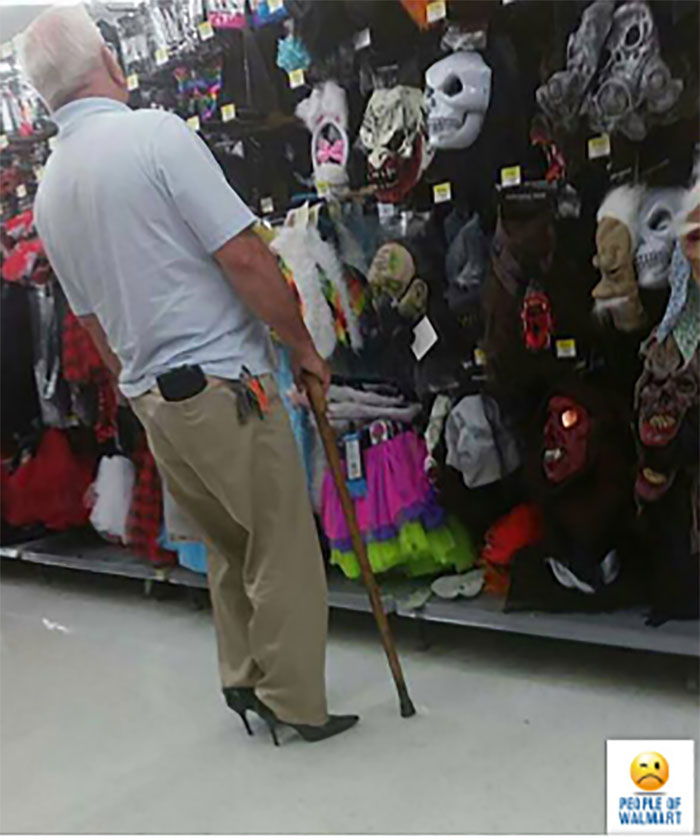 It’s all business as usual until look down at his feet and realize this is a man who is serious about his footwear.

I can’t even walk in those things.

The next one is shocking…

For those moments when you’re torn between taking a nap in your adult Hello Kitty onesie pajamas, walking the dog, or making a return at Walmart.

Why choose just one when you can do it ALL?!?

Think you’ve seen everything? Well, you probably haven’t seen a woman belting out The National Anthem inside a Walmart yet. Until now. 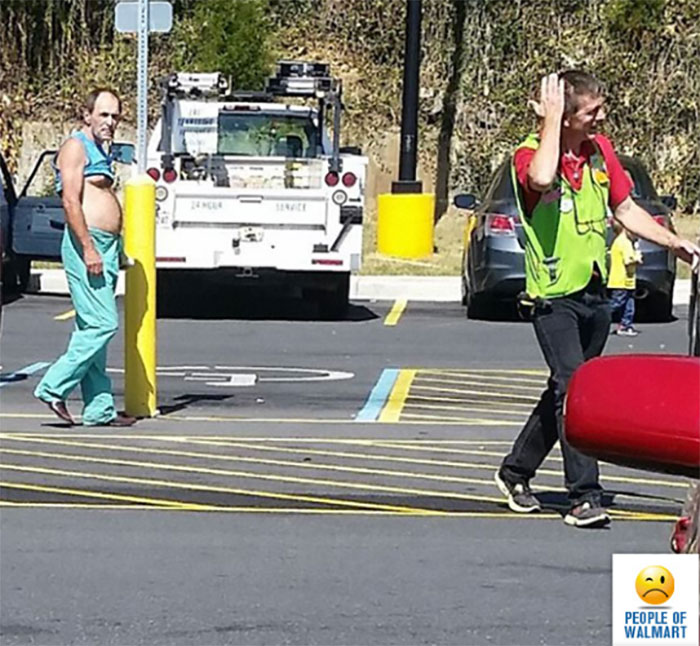 The fun isn’t confined to just the inside of the store.

Oh, no. There are people just waiting to make your acquaintance out in the parking lots, too. 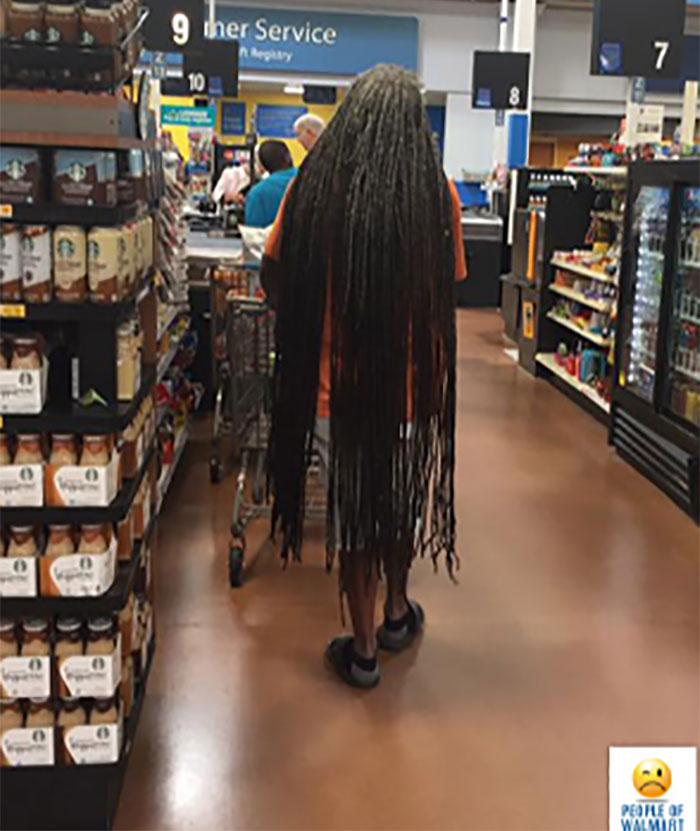 Entirely too much hair.Power Up 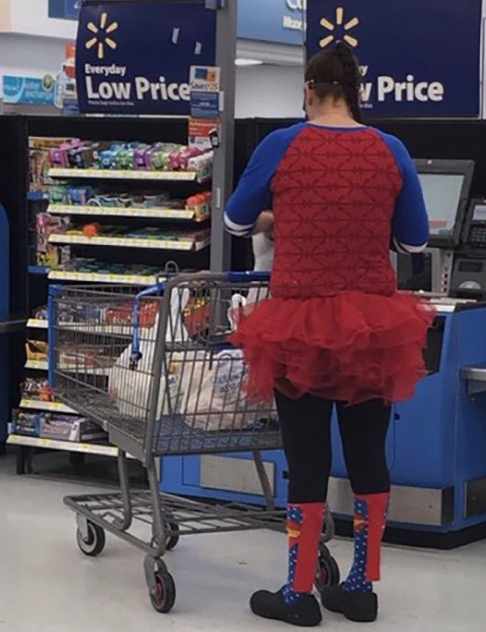 It’s as if a ballerina and Superman somehow joined forces but left him without any of the cool superpowers. 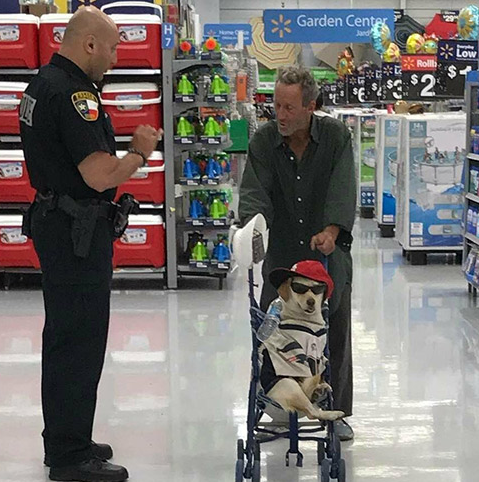 We have a winner.

That dog is officially cooler than any of us will ever, ever be.Strut 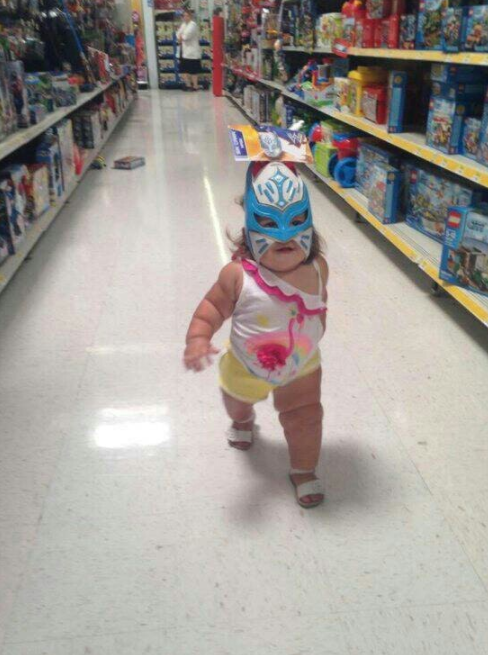 This little girl knows what she wants and by god, she’s going to take it!

Look at her strut her stuff. 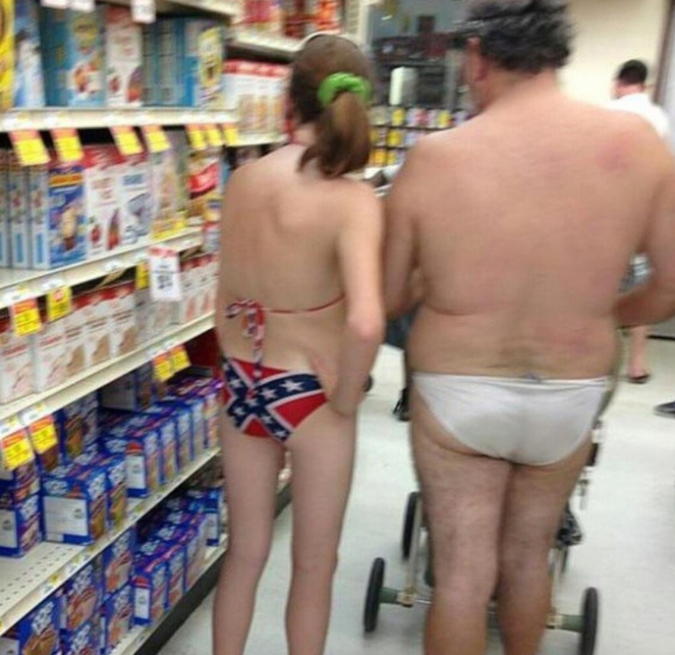 There are so many reasons to ban the Confederate flag. This is just one of them. 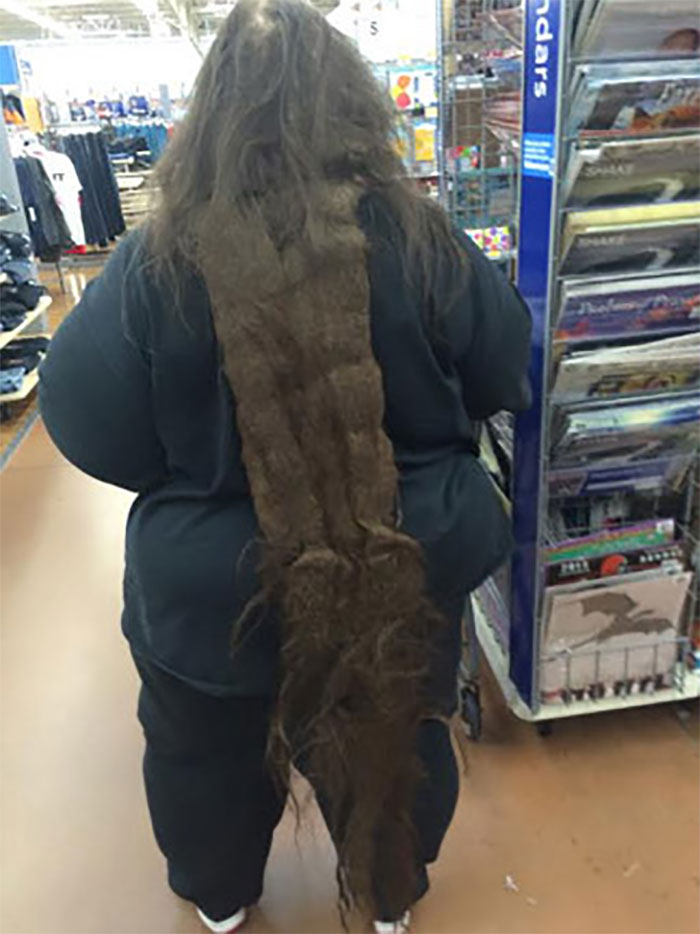 I can’t be certain, but I think I see four calling birds, three French hens, two turtle doves, and a partridge lodged in that thing. 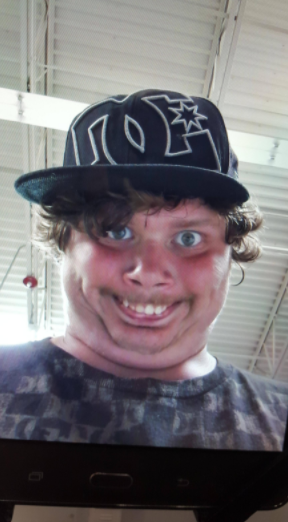 This was found on a tablet in the store.

Obviously, this is what you’re supposed to do with tablets in Walmart. Obviously.

The next one qualifies as “quite a sight”…

Where Are the Clothes? 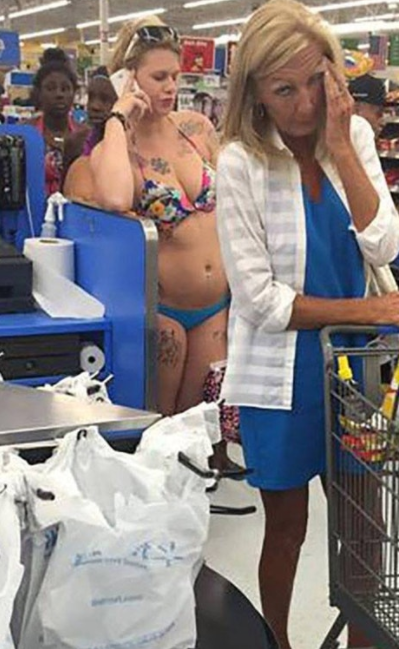 “Hello? Yeah, I’m just checking out now. What do you mean you found my clothes on the floor— OH MY GOD. 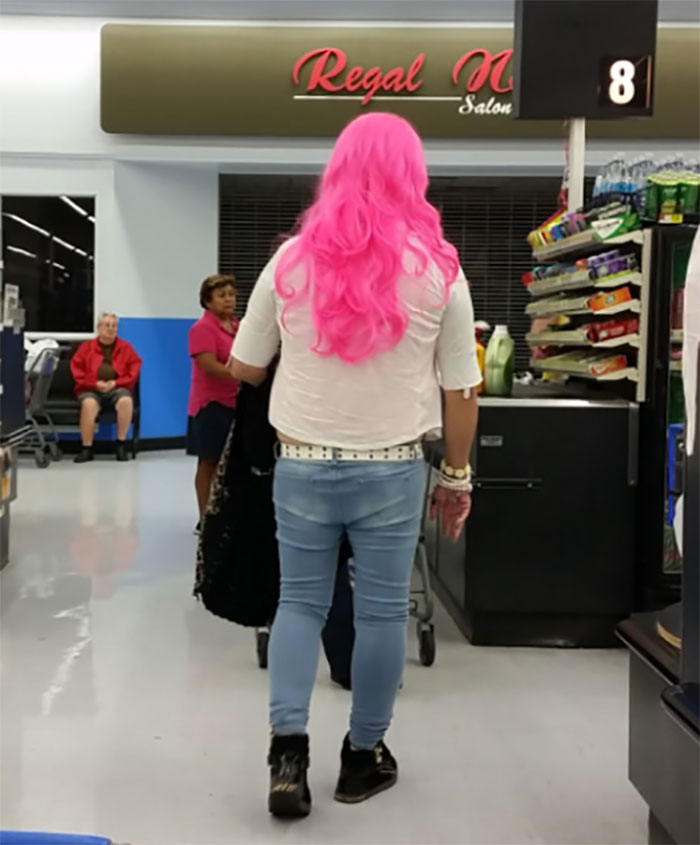 Dude, you do you.

You want to rock some Jem and the Holograms hair, you go for it.