Fear is a powerful emotion.

We can do horrible things that we regret later on because of fear. So why do we put animals on a pedestal and think they won’t suffer from the same issue? I mean it is quite easy to say that a dog is violent when it just bit someone but what about all the events leading up to it? That is the thing that we are going to be focusing on today. I know Pitbulls get a bad reputation and people think they can be violent but that is not actually the case.

I understand that they are much hardier than other breeds but it all depends on the training. If you train them to be kind and compassionate, that is how they will act. That is what happened in this particular instance. The poster of this story laments about how the dog was always kind and never hurt anyone. However, this time he ended up biting her and it caused a serious injury. As you can probably expect, animal control was called and everything went downhill from there.

You can read the full story for yourself by scrolling below.

I know the title sounds awful but there is more to the story.

We start the story off with some background information.

She got a call from her neighbours who needed her help.

The reason was the dog as Bella had gotten lost.

And while she did get found rather quickly, she was afraid.

This fear obviously caused her to bite her rescuer.

Some saw this and called animal control.

Thankfully, she is just in quarantine.

And she will hopefully be out soon enough.

I am glad the dog is okay and she is only in quarantine. From what I can understand through the comments is that there will be a lot of hoops this old couple will have to jump through to get the dog back but all is well. However, I also understand why animal control did what it did. After all, they have to make sure it is safe to allow this dog near people. No matter how sad this may be but some animals are too dangerous to let around people.

People in the comments were quite understanding of the situation as well. 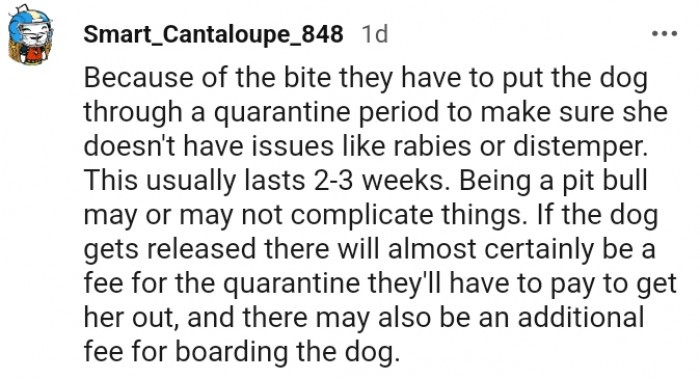 Other people advised her to read up on the law. 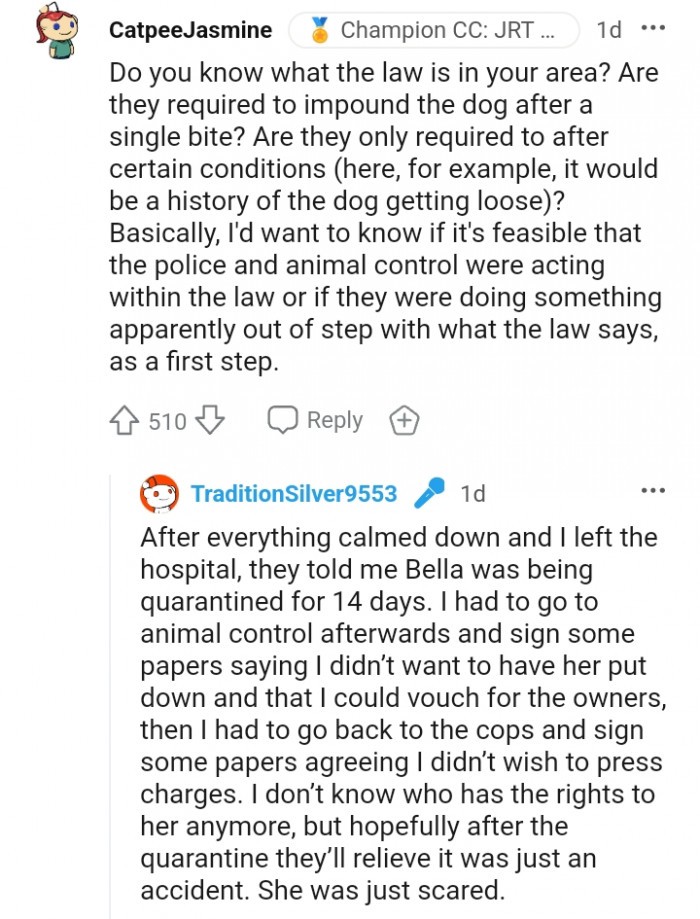 While it is easy to get angry at animal control, it is not their fault. 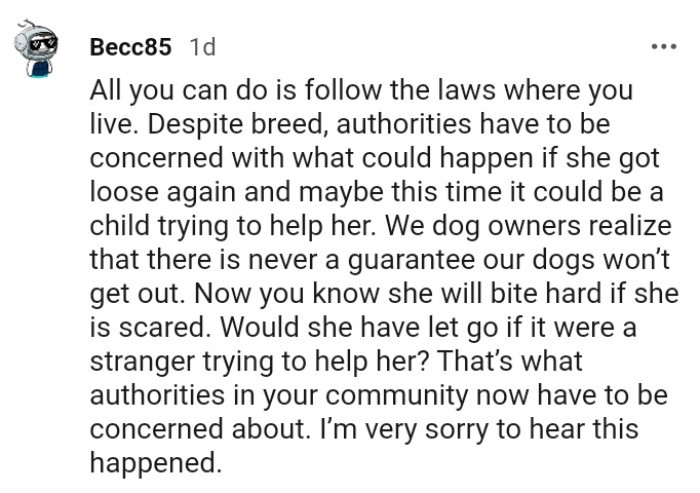 These laws are in place for a very good reason. 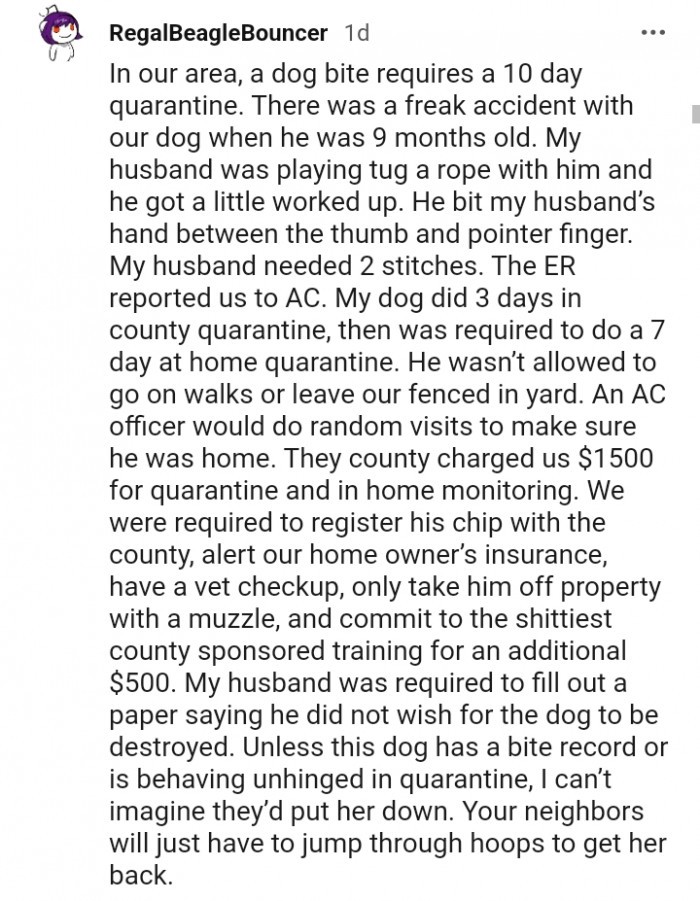 However, people did commend her reaction. 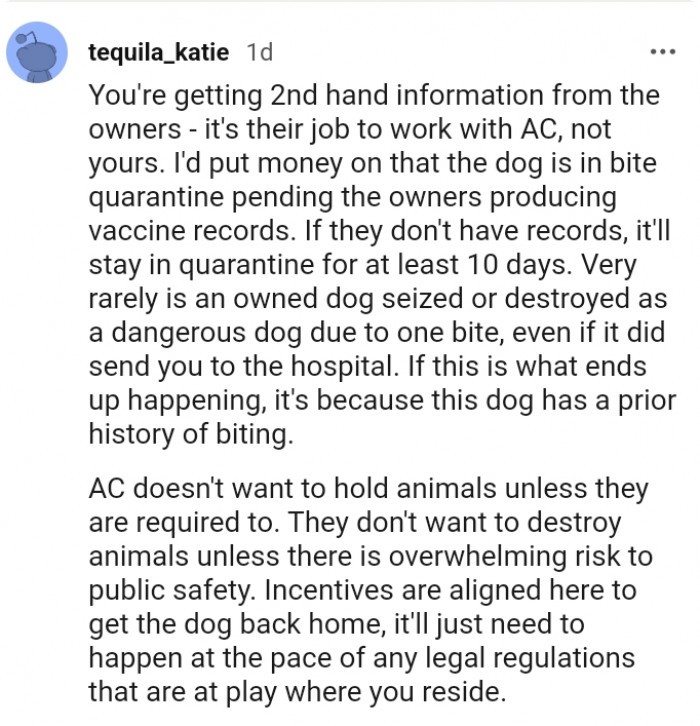 After all, she isn’t blaming anyone. 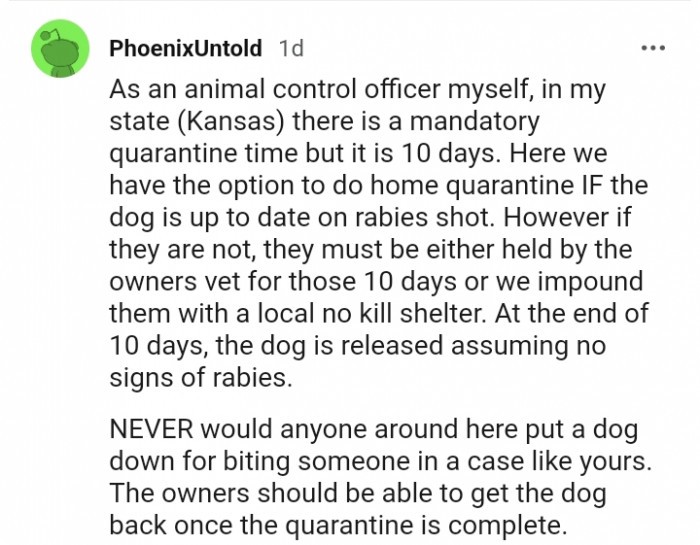 And doesn’t want the dog to get hurt. 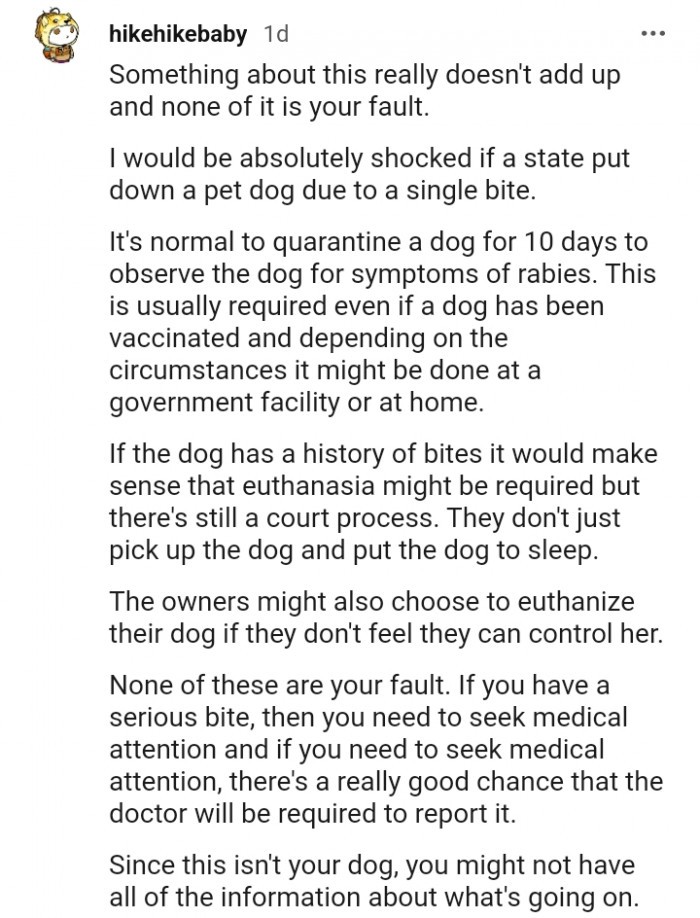 Weirdly, they want to train the dog though.

I mean what can Bella even learn at this age?

It is just a fight-or-flight mechanism. 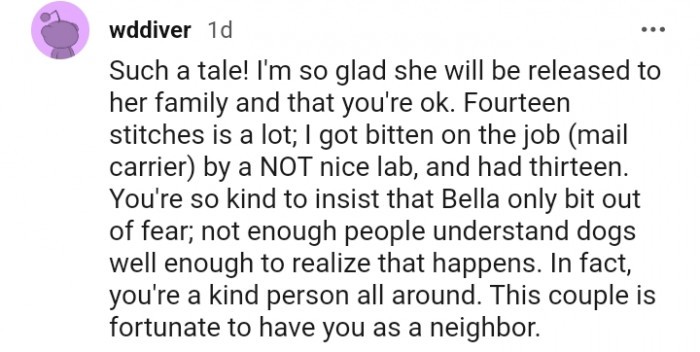 Some people were worried about the dog.

She really did handle everything perfectly.

We can all hope that Bella will be out soon enough. 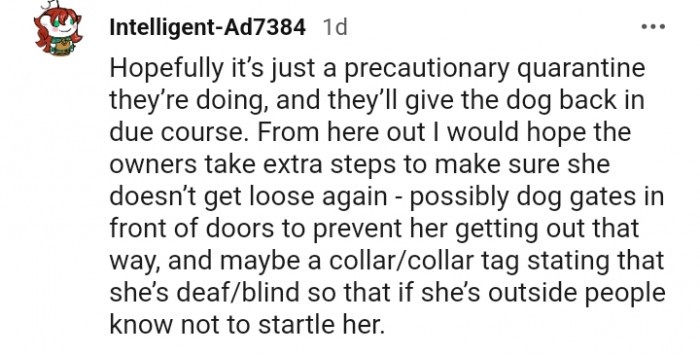 We all need to be this understanding.

Lying to them is not a good idea. 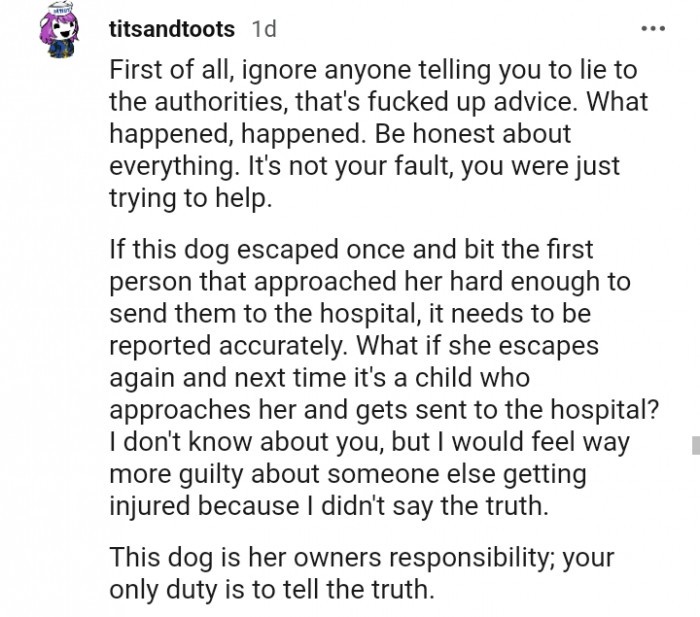 So basically become a nuisance?

I mean who wouldn’t fight at that moment?

But it is just a precaution.

And the story does not end there.

As we come to learn that Bella will be staying with her from now on. 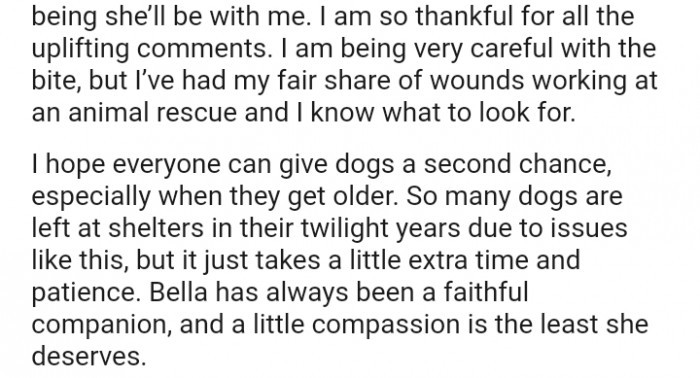 What are your thoughts don’t this story? Has something similar happened to you before? if so, do you agree with how animal control deals with these sorts of issues? Let us know your thoughts in the co